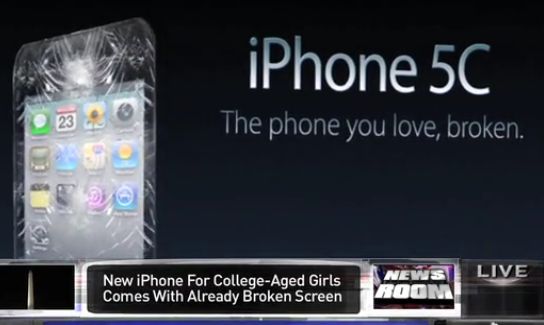 A picture showing a number of plastic packaging containers with the name iPhone 5C printed on the side has everyone thinking that they have found the actual name of the low-cost version of the iPhone. For some time now, the device was dubbed the Apple iPhone Lite. Whatever the model is called, it is expected to be sent into emerging markets as an attempt to pry business away from entry-level handsets like the Nokia Lumia 520. But it is not like Apple doesn’t have a model now that competes in that niche. The Apple iPhone 4, first launched in 2010, is currently considered the entry-level model of Apple’s smartphone line and according to the Wall Street Journal, is still selling quite well.
According to analysts, the Apple iPhone 4 played a huge part in the larger than expected 31.2 million iPhones that were sold during Apple’s fiscal third quarter. Wall Street had been looking for Apple to report sales of 26.5 million units. Apple did acknowledge that the Apple iPhone 5 was its best seller, which you would expect. But the Cupertino based tech titan did agree with Wall Street that iPhone 4 sales played a big role in the reported sales figures. Apple CEO Tim Cook said in a conference call following Apple’s earnings announcement last week, that the company wants the iPhone 4 to act like a magnet to attract first time smartphone users. “We want to attract as many of these buyers as we can,” said the executive.
Apple has started to push out the Apple iPhone 4 to countries like India. Between April and June, Apple shipped out 205,000 units of its iconic smartphone to the country which was up nearly 300% from last year and 41% sequentially. According to Cook, “India was up over 400%.” Apple also started a promotion in India that allows users of another smartphone to trade it in to Apple and get as much as a 7000 Rupee ($117 USD) discount on the purchase of an Apple iPhone 4.
In the U.S., the Apple iPhone 4 is free with a signed two-year contract. But the new Apple iPhone 5C, if indeed that is what the low-priced phone will be called, should replace that model with the Apple iPhone 5 becoming the new mid-range offering. The Apple iPhone 5S or Apple iPhone 6 will be the new premium smartphone produced by the manufacturer.
Source