in games, Racing / by apkmaniax / 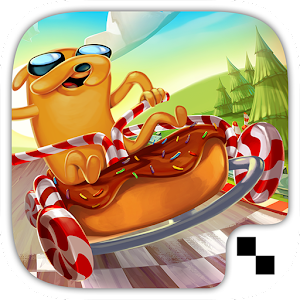 Requires Android: 2.2 and up

Category: Racing
v2 update:
Ajuste de Bugs!
Overview:
Welcome to the race of stars!
You’re totally invited to join in a high speed tournament with Cartoon Network’s biggest characters! In Formula Cartoon All-Stars all your favourite characters race each other round spectacular 3D tracks full of of adrenalin and action! Are you ready to taste the glory or eat the dust of defeat?
All your favourite characters
Race with Ben 10, Mordecai, Finn, Gumball, Rigby, Jake, Gwen, Skips, Darwin, Kevin, Marceline, Muscleman and more than 16 characters from Cartoon Network’s most popular shows. And keep your eyes peeled! This squad of stars is constantly increasing and updating.
Vehicles for you
Personalise your own machine by mixing more than 100 different pieces to create a totally unique vehicle. Every podium finish gives you more and more chances to upgrade by increasing your speed, acceleration and turbo.
Hilarious action on four wheels
Formula Cartoon is not just about speed: you need to be clever! Use the craziest power-ups to boost your vehicle or block your opponents with attacks of tomatoes, ice cubes, bubbles, bubble gum and even more!
More than 75 Tracks
Race over 75 circuits inspired by Cartoon Network’s most famous places like Regular Show’s Park, The Candy Kingdom from Adventure Time or Gumball’s Elmore Junior High!
Play it with one finger!
Accelerate and steer with just one finger!
Formula Cartoon All-Stars features a deceptively simple touch control system: It is so accessible that anyone can play it with a finger, but only those with oil in the veins will reach the highest level.
In-app purchases
This game features In App Purchases of coin packages purchased with real money. These packages will speed up your progress and unlock levels, but are not required to play and complete the game. 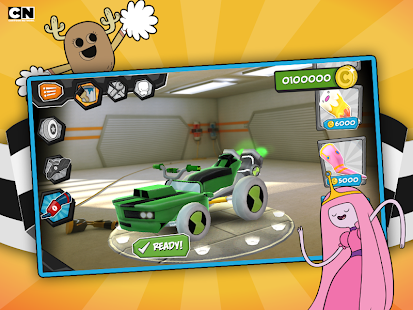 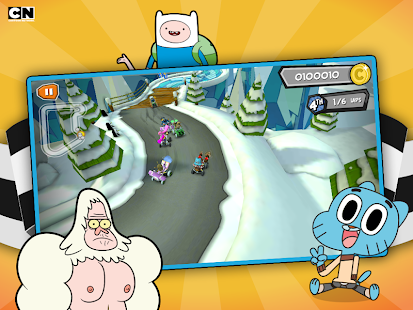