HTC All New One official flip cover leaks out on Twitter

The latest leaked press image of HTC’s upcoming All New One shows the device wearing a nicely-looking flip cover case. The photo appeared on Twitter, courtesy of @evleaks. 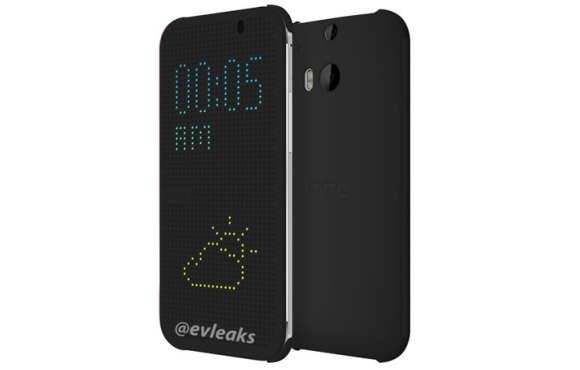 As you can see above, the flip cover will allow users to neatly view relevant information such as time and current weather while closed. We have seen similar setup from LG and Alcatel recently.

The leaked flip cover is not the only official case for the device to leak out. A couple of weeks back,@evleaks posted an press photo of the smartphone wearing a rugged case.

Alongside the image, the famous tipster claims that the upcoming HTC M8 will arrive in a Google Play Edition guise as well. This is hardly a surprise as the original HTC One was among the first devices to get such treatment.

The All New HTC One will be officially revealed this month, on March 25. The handset has made a number of unscheduled appearances which include press images in different colors and carrier branding,hands-on video, and benchmarks.