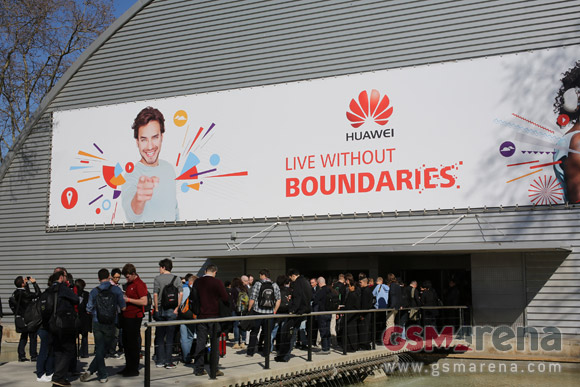 The devices in question are a new Ascend smartphone, the G6, and two MediaPad tablets – the X1 and M1. Huawei needed a compact phone, but didn’t want a mini, the result is the Ascend G6.

As for the tablets, the MediaPad X1 is the most important device to be announced by Huawei today – it’s a compact 7″ tablet, with full voice call functionality. It uses the company’s own HiSilicon 910 chipset and has specs that make it a clear rival of the Nexus 7.

The MediaPad M1 is a bigger, 8″ tablet, powered by the same chipset. It’s a more affordable device overall, so the screen resolution and camera went down to midrange levels.

The company also showed off its own wearable – the TalkBand B1. It’s actually a Bluetooth headset that turns into a smartwatch thanks to the special wrist band. It’s IP57-certified and has a built-in step and calorie counter, so it will compete with the various sports accessories with similar functionality. It does have the advantage of taking voice calls from your phone or MediaPad X1 tablet. 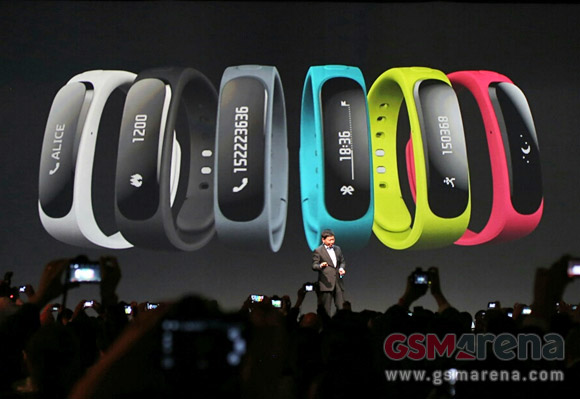 Huawei unveiled the Ascend G6 – not the P7 as rumors suggested. The phone inherits the premium design of the Ascend P6, but is more affordable.

The Huawei Ascend G6 measures 130 x 65mm, a few millimeters shorter and narrower than the P6. It’s a little thicker, but still one of the thinnest phones around at just 7.5mm.

The phone has an 8MP / 720p camera on the back with an infrared filter, f/2.0 aperture and a Sony sensor. The 5MP front-facer comes with an 88° wide-angle lens.

The Ascend G6 will launch this quarter with 3G network support. Later on, Huawei is to release an LTE-enabled, slightly thicker version of the phone too. The LTE model will cost €250, pricing for the 3G model is unclear at the moment.

The design is similar to the Ascend P6

The accessories available for the handset include a Bluetooth headset, wireless speakers and a power pack.