Samsung has decided to throw their hat into the online music service game with their own internet radio called: Milk Music. 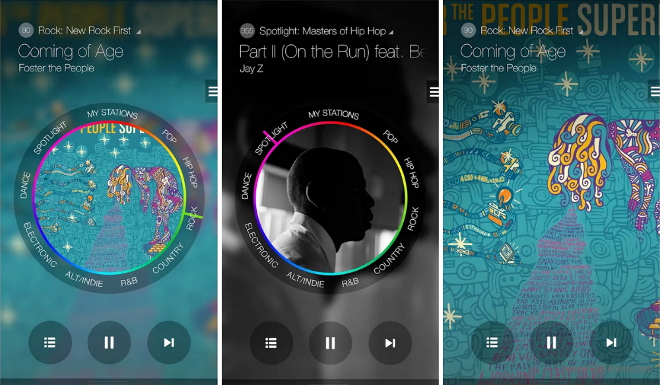 The nomenclature may sound a bit odd, but apparently it was inspired by Samsung’s “fresh” take on delivering internet radio service to its user base.

If you want to try the service out, it’s available from the Google Play store. It boasts ad-free music (take THAT Pandora), but there’s a catch: it will only work on Samsung devices.

Don’t go confusing Milk with Samsung’s music hub, however, as the two are completely separate applications. Unlike Music Hub, Milk doesn’t require you to set up an account: just simply start the app and commence to rock out.

Milk has over 200 different musical genre stations, giving you access to over 13 million songs. One would think this would be a licensing nightmare for the Korean manufacturer, but it turns out it’s not, because Samsung’s Milk Music is all handled by Slacker Radio.

The user interface of Milk is definitely “fresh” (even if the name isn’t); it’s unique and provides you with a wide variety of listening options. You can create stations based on artists and songs , and there’s also a “Spotlight” section that gives you access to exclusive tracks only available to Milk listeners.

Ad-free, no-need-to-register, no-cost internet radio with exclusive content and a huge library of songs sounds like a win for consumers, but how does Samsung profit from this? The Korean tech giant did admit that they are experimenting with the ad-free model for now (as they know customers hate commercials), so this means that if Milk does develop a big enough user base that advertisements may come later on.