in card and casino, games / by apkmaniax /

Current Version: 2.801
Requires Android: 2.3 and up
Category: Cards & Casino
v2.801 update:
Dark Prophecies v2.80
New Features
+ Option for a fixed camera view
+ Improved interface for choosing meltdown decks
+ Ability to reveal all cards when opening packs
+ Support for unopened packs (Kickstarter reward)
+ Support for Crystals Anthologies decks (Kickstarter reward)
Bug Fixes
+ Cards were being autocast after sacrificing
+ Much more resilient process for connecting to the game server
+ Fallback workaround for firewalled players
Overview:
Shadow Era is a full-scale, ’Magic’ style, free to play collectible trading card game featuring gorgeous card art and deep strategy, while still being easy to learn and have quick battles on the go.
Now with over 2 million players worldwide!
“A fantastic representation of what freemium games should be.” – Touch Arcade
“Shadow Era is a must-download for fans of CCGs.” – TUAW
“Shadow Era is a deep CCG that’s easy to pick up, but nearly impossible to put down.” – Slide To Play (4/4)
“Shadow Era is a game that you won’t want to miss out on.” – No DPad (“Must Have”)
“It’s essentially Magic: the Gathering for iOS.” – Gizmodo
“The presentation and complexity of the game is absolutely stunning” – AppSpy
“Shadow Era proves that digital CCG’s can be just as much fun as their real world counterparts” – Gamezebo
Start your campaign by choosing your Human Hero, and get a free starter deck. Battle with AI opponents or other players to earn more cards, try out new classes, and even play as one of the evil Shadow Heroes. Your progress and cards will be saved on the server and can be accessed from any device or play on the web right in your browser!
FEATURES
– amazing card art to rival even the top trading card games
– currently more than 150 cards and more being added constantly
– cross-platform multiplayer battles
– fantastic 3d graphics and special effects
– amazing custom soundtrack
Please visit http://www.shadowera.com for the game rules, full card list, tutorials, active forums or to play online in your browser. 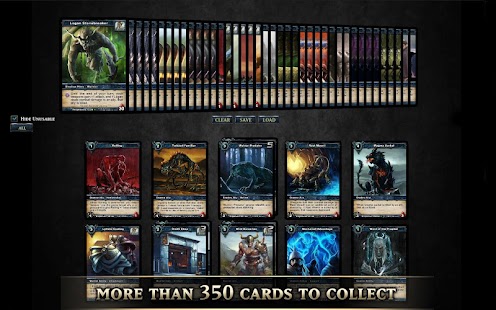 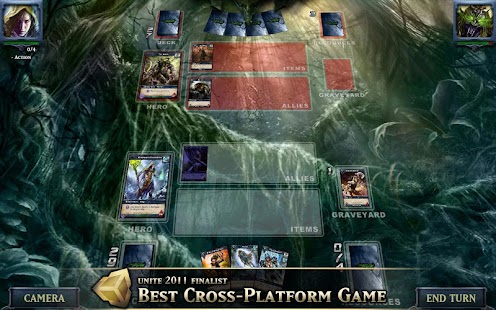