Two popular Android smartphones has been brought recently to the latest version of the OS – 4.4 KitKat. Sony has launched the official KitKat update for the Xperia Z Ultra phablet.

The first device to get it is apparently the C6833 LTE model in Hong Kong. The new firmware is available only over the air for now, but we expect Sony to launch it soon via its PC Companion. We also hope other markets will be joining Hong Kong soon enough. 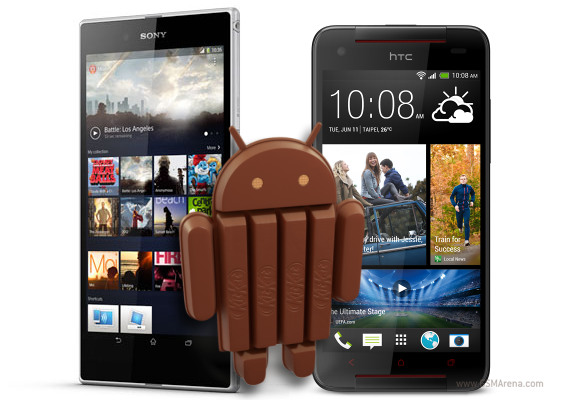 HTC has also begun seeding the Android 4.4 KitKat update for the Butterfly S. The smartphone receivedAndroid 4.3 Jelly Bean with Sense UI 5.5 in January, but it seems HTC has been already working hard on the KitKat firmware.

The KitKat update will bring on your Butterfly S the latest Android OS, Cloud Print Service, Security enhancements, new Bluetooth profiles, but will remove the support for Adobe Flash in the default web browser. Bummer indeed, but it isn’t that unexpected since Android no longer supports it. The new firmware is available over the air and weighs about 740MB.

Thank you, Satish and Aman, for the tips!