We’ve had this for two years now – Android flagships growing in size faster than the US national debt, leaving those in search of a premium phone that doesn’t need its own seat on the bus with an increasingly tougher puzzle to crack. You could either defect to iOS at the cost of a two or three month’s worth of rent or live with a chipset and screen that are at least a year old. 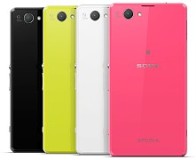 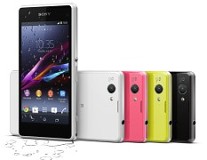 Email boxes were spammed, comment sections were trolled, petitions were posted but not a single Android smartphone manufacturer dared go against the grain and create a mini that’s actually worthy of its big brother’s name. Not until today.

Hard to believe? Just take a look at that spec sheet:

If the first thing you look for in a smartphone is screen real estate, you might just not find that sort of credentials exciting. If a huge screen is an absolute must, be it for gaming or video watching, then you are excused if the Sony Xperia Z1 Compact doesn’t get your pulse racing. In all other cases you have no choice, but to admire this Japanese creation.

A smartphone barely bigger than an iPhone 5s, that’s got the latest chipset available in the market, a high-res camera and a screen that, at least on paper, should provide splendid image quality. Compared to the full-size Xperia Z1, the Compact is only some screen resolution and battery juice short.

However, when you think about it, 1080p would’ve been an overkill on a 4.3″ screen, adding to the battery drain rather than the image quality. And with the reduced screen consumption the smaller battery shouldn’t be an issue either – it’s as big as what the Xperia Z offered anyway.