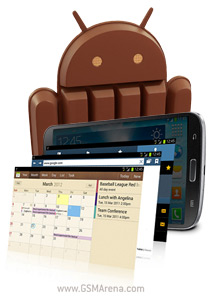 Samsung is rolling out Android 4.4.2 KitKat for its devices one by one and the new winner is the Galaxy Mega 6.3 phablet. The device launched last year on Android 4.2 Jelly Bean).

The software update has a build number I9200XXUDNE4 and is currently available in Russia through Samsung Kies. Barring any unexpected issues, more countries should join that list shortly.

You can check for updates on the About screen in the Settings menu for over-the-air updates, though there are no reports that it’s available yet. The other option, obviously, is to hook up your Samsung Galaxy Mega 6.3 to a computer running Kies.

The update brings the typical KitKat goodies, including improved performance, better battery life, support for wireless printing, a camera shortcut on the lockscreen and more, basically the same stuff other updated phones like the Galaxy S4 Active recently received.