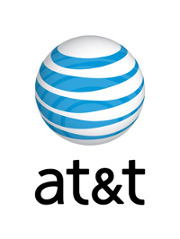 It’s time for AT&T to let its investors know how it’s performed over the course of the second quarter of this year (April to June, that is). And unlike what Verizon reported, things aren’t all rosy in this case.

AT&T managed to miss analysts’ estimates for earnings per share, as well as overall sales. The latter were at $32.6 billion, compared to a $33.2 billion average estimate. Profit reported was 62 cents per share, one cent lower than expected.

The carrier added 1 million contract subscribers during Q2, substantially less than Verizon’s 1.4 million. This is the one number which did manage to surpass analysts’ estimates, though. And of those new lines, around 700,000 were smartphones, more than double Verizon’s 304,000.

About half of the smartphones AT&T sold in this three-month period were through the company’s Next installment plans. These were introduced in response to T-Mobile’s efforts in the space, as a way to keep customers from jumping ship to the magenta carrier.

That plan has mostly worked, but at the cost of the average monthly bill for AT&T falling to $62.28 from $67.49 just one year ago. However, AT&T expects bills to go up “substantially” in the second half of the year, because apparently its customers will want to spend more on data traffic for their devices.