Early in July we heard that the iPhone 6 with 4.7″ display will carry a battery between 1,800mAh and 1,900mAh and that the 5.5″ iPhone 6 will have something around 2,500mAh. Now we get a glimpse of what could possibly be the two batteries.

The iPhone 6 4.7″ battery is shown to have a 1,810mAh capacity, which isn’t much but is still about right – putting it 50mAh behind the 4.7″ Samsung Galaxy Alpha – the expected iPhone 6 competitor. Currently the Apple iPhone 5s has a 1,560mAh battery to keep it going. 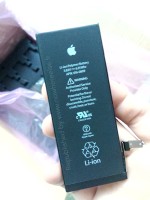 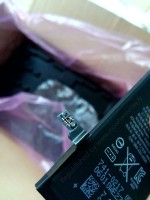 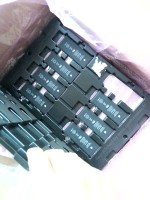 In more interesting news we not only have a leak of what could turn out to be the 2,915mAh battery of the bigger 5.5″ iPhone 6 we also get to see the device as well. The iPhone 6L, as the Apple Daily source calls it, is pictured below next to the 4.7″ iPhone 6. The purple-ish device front panel represents the iPhone 6L – although it may not look that much bigger than the more rounded, smaller iPhone 6 next to it the screen diagonal appears longer. 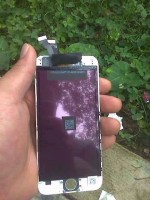 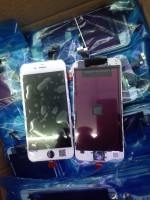 Both devices are said to make an official appearance on September 9 during the Apple event with bigger displays, higher resolution, sharper cameras, redesigned bodies with thinner frames and rounded corners and an improved chip in the face of Apple’s A8.