Lenovo has reached to the Chinese TENAA for certification of its upcoming smartphone called K30-T. As a result, we get to see what the phone looks like and take a peek at its specs.

The Lenovo K30-T is a midranger with a 5″ IPS LCD 720p display, resulting in a pixel density of 293 ppi. Powering the phone is a 1.2GHz quad-core Cortex-A7 CPU and 1GB of RAM. Internal memory is 8GB, but is complemented with a microSD card slot for expansion. 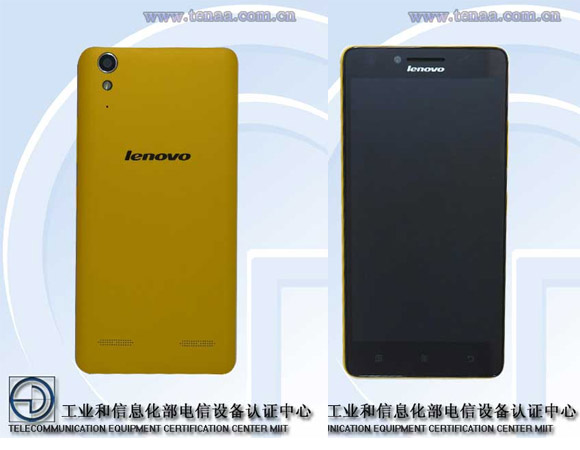 At the back, there’s an 8MP snapper that’s surrounded with a metal ring for protection. Below it is an LED flash and a secondary mic for noise cancellation. A 2MP camera takes care of selfies at the front. The phone runs Android 4.4.4 KitKat out of the box.

TENAA has also measured the phone and its dimensions are 70.5mm wide and 8.2mm thin. The Lenovo K30-T weighs 126 grams and will be available in black, white, gold and yellow. Expect more information regarding pricing and availability to surface shortly.