Buy a government-secure BlackBerry for $2,770

Blackberries are renowned for their high levels of security; this is why many corporations and government agencies, despite the fact the phones are lagging behind in terms of features, still use the handsets. 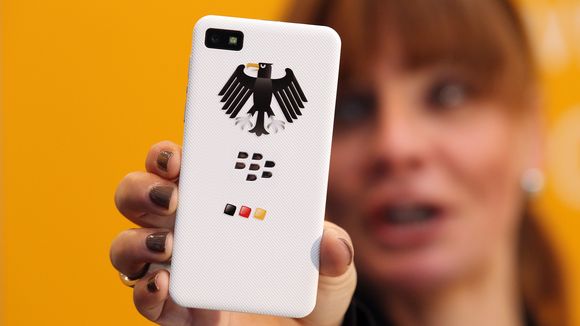 But if you’re a government agent, employee, or a high-level corporate exec, or maybe even a drug cartel kingpin, you’re going to want to have added security. That’s where Secusmart GmbH comes in: they provide an even more secure BlackBerry device for the paranoid consumer. Previously, these uber-safe devices weren’t available to just any buyer, now, if you’ve got $2,770, you can nab yourself one of these James Bond-worthy phones.

However, this extra security only works if the other person you’re calling has the same level of protection. If you call an open line, you’re just as vulnerable as the person on the other end, so don’t go planning any robberies just yet.

If a BB10 device isn’t really up your alley, Secusmart also has some Android phones lined up for the future. They also plan to make their security features available on more affordable smartphones down the line. For now, you’ll have to shell out some extra cash for the added protection. Any hopeful secret agents think it’s worth the extra cash?