Posted by sablonase Posted on 9:37 AM 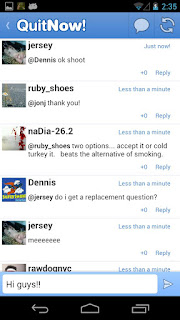 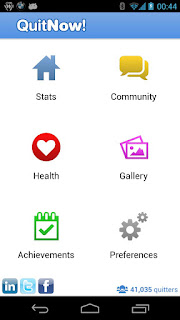 Requirements: Android 2.1 and up
Overview: Let your Android help you quit smoking!
* This is a "Pro" version, before you by this app, please try the FREE version first.

Let your Android help you quit smoking!
* This is a "Pro" version, before you by this app, please try the FREE version first.

What's in this version:QuitNow! Pro Apk v3.14
- Added a wizard that helps you to come into the QuitNow! experience
- Fully customize your own widget!
- You can now get an user avatar in fullscreen
- Added the "Español 2" community channel
- Some design changes
- Some code improvements
- Resolved the bug of the version 3.00 on some devices

Posted by sablonase Posted on 1:31 AM

Posted by sablonase Posted on 1:30 AM

Posted by sablonase Posted on 1:30 AM 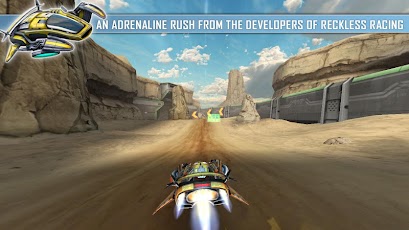 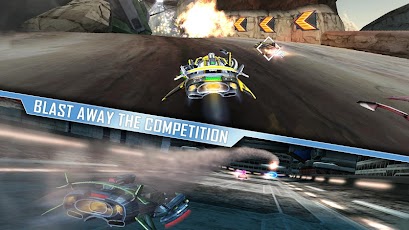 Posted by sablonase Posted on 6:39 AM 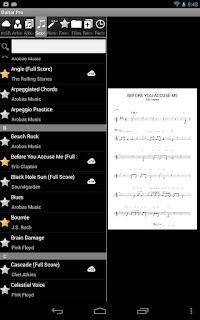 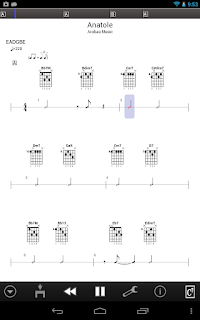 This mobile version of the famous Guitar Pro tab-editing program is the ideal companion for you to practice your favorite songs and share them at any time, anywhere!
An arpeggio, a riff, a chord sequence ringing in your head? You can now note and save all this on the single-track tablature NotePad.

Guitar Pro is available for Android phones 2.2 Froyo version and higher. The display of the music score has been optimized for touchscreen tablets.

Posted by sablonase Posted on 6:37 AM 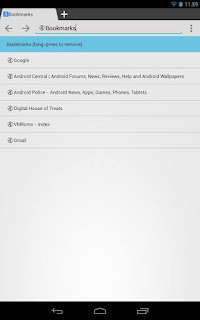 Requirements: 2.2+
Overview: The Lightning Browser Paid
The Most Powerful Web Browser of Its Size

Features:
Holo Interface
Supports Froyo to JellyBean
Tabbed Internet Browsing
Supports Adobe Flash Player
Fast Start Times
Small Footprint
Fast Browsing
Smooth Scrolling
Higher Benchmarks than Chrome (tested on a Nexus 7)
Enjoy Lightning Browser, one of the smallest browsers around. It is a high-performance small-sized browser built for those who don't want the cumbersome slowness or size of Firefox or Chrome. Currently it looks best on a tablet, but it will be optimized for phone sized screens soon. I will try to update this as often as I have time (I am a student...). This is my most major app release to date and I'm proud of my work, so if you have ANY problems at all, PLEASE contact me. I always respond, as those that have contacted with me before know.

Posted by sablonase Posted on 4:49 AM

A long time ago in a galaxy far, far away… a group of desperate rebel birds faced off against a galactic menace: the Empire’s evil Pigtroopers! Rebel birds, striking from a hidden base, have won their first victory against the evil Imperial Pigs. During the battle, Rebel spies managed to steal secret plans to the Empire’s ultimate weapon, the PIG STAR, and are racing to deliver the plans to the Rebel Birds. Now they need your help! Join an epic adventure with the Angry Birds in the legendary Star Wars™ universe! Use the Force, wield your lightsaber, and blast away Pigtroopers on an intergalactic journey from the deserts of Tatooine to the depths of the Pig Star — where you’ll face off against the terrifying Darth Vader, Dark Lord of the Pigs! Can you become a Jedi Master and restore freedom to the galaxy? Time to grab your lightsaber and join the adventure! May the birds be with you!
HOURS AND HOURS OF ENGAGING GAMEPLAY – Explore more than 80 levels in iconic locations like Tatooine and the Pig Star. Can you dodge Imperial pigs, laser turrets, Tusken Raider pigs, and the dark side of the Force to get all three stars?
NEW GAMEPLAY MECHANICS – Use lightsabers, Blasters and Jedi powers to wreak havoc on the Imperial Pigs!
LEVEL UP YOUR BIRDS – Keep playing and level up your birds to improve their skills!
SECRETS AND HIDDEN GOODIES – Can you unlock all the R2-D2 and C-3PO bonus levels?
FREE UPDATES – This is only the beginning of the epic saga!
THE MIGHTY FALCON Stuck on a tricky level? Earn stars and call the Mighty Falcon to rain down the destruction. New goals, achievements and gameplay!
PATH OF THE JEDI The ultimate training ground for a Young Jedi, this in-app purchase unlocks 40 Dagobah Challenge Levels with Jedi Master Yoda! Master the Path of the Jedi to unlock the ultimate lightsaber!
What’s in this version: We addressed some minor issues in order to improve the user experience. Thanks for playing, and keep popping those pigs!
This game has no advertisements
More Info:
Code:
Download Instructions:Select the item twice for apply the billing hack. (Maybe) http://ul.to/qww4v2ak
Mirror: http://www.secureupload.eu/di2u10pz0vjw/2EwNjg2Yw.zip
http://www.tusfiles.net/mlas81jqbywv
Read more »
{[['

Posted by sablonase Posted on 4:48 AM

Team up and fight with your friends in the first Multiplayer Online Battle Arena (MOBA) for mobile devices! Gather your teammates, strengthen your Heroes and wipe out the enemy base in thrilling, addictive and fast-paced games. In Sinskaald Rift, a mysterious region of Haradon, immortal warriors have been fighting for centuries. They are known as the Heroes of Order & Chaos! ♖ An exceptionally rich and addictive game ♖ • Choose between 30 unique and varied Heroes, from melee bruisers to devastating wizards • Play for free with different characters, enjoying a changing rotation of free Heroes • Develop and upgrade your skills and equipment throughout the game to overpower your foes and carry the game! • Real-time action: roam over the map and lure your opponents to ambush them in the fog of war ♖ An immersive experience with friends or on your own ♖ • Fight solo or in multiplayer mode on two types of maps (3v3 or 5v5) • Blend cooperation with buddies and competition against the opposing team into addictive games • Develop team play and strategies to rule the world of Haradon After the critically acclaimed MMORPG “”Order & Chaos Online”", discover this amazing free-to-play strategy game. MOBA games are the perfect mix of RPG and RTS joined in multiplayer PVP! Enter the Heroes of Order & Chaos league and become legends!
What’s new: New game feature: Tablet and Inscriptions Runes can be exchanged for Emblems in the Shop Added package items in the Shop Added and modified Daily Rewards New hero: Akartu Updated Custom game mode rules Improved matchmaking speed and process Enhanced online stability Improved surrendering process Increased Emblem rewards: PvP, Co-op, Custom Added options to adjust graphics quality in the Options menu Rebalanced hero skills and fixed some bugs
Note: You can play game only if you have active internet connection,ONLINE.
More info: @Google Play
Download instructions APK: Zippyshare:

Posted by sablonase Posted on 4:47 AM

Buckle up, hit the gas and hold on tight; you’re in for the ride of your life. Outrun cops, outsmart rivals – and outdrive your friends – in the most dangerous Need for Speed yet. Do you dare to be the Most Wanted?
MAKE TROUBLE, GET WANTED Evade a relentless police force while you clash with street racers. Race and chase hot cars like the SRT Viper GTS, Porsche 911 Carrera S, Hummer H1 Alpha, and many more. Feel the intensity of no-brakes-allowed street racing with realistic full-car damage for the first time on mobile.
LEAVE YOUR MARK Log into Origin to check the Wanted List and find out who is the Most Wanted across platforms and among your friends. Then, challenge your friends and prove your racing skills in nonstop competition.
GO FROM ZERO TO MOST WANTED… • Drive and customize over 35 of the world’s most exciting cars • Race the way you want! By popular demand, you can now touch or tilt to steer • Use Mods to enhance your car and get ahead of the pack in style • Experience the action with mind-blowing graphics and intense full-car damage • Earn Speed Points to unlock new cars
Your rivals will do everything they can to stop you from getting to the top – but in this world, there can only be one Most Wanted.
What’s in this version: (Updated : Apr 4, 2013) We’ve made additional behind-the-scenes adjustments to improve overall gameplay and added device support”
More Info:
Code:
http://www63.zippyshare.com/v/69472114/file.html
Instructions : Install APK Download data via Wifi Run the game offline
Read more »
{[['