According to data coming from ABI Reseach, which includes analysis, market data and insights, the top 20 best selling devices in the first quarter of the year are dominated by Apple and Samsung.

Apple has two devices in that period which saw good numbers and tops the chart with its current flagship iPhone 5s. The iPhone 4S 8GB version is number five in the list. 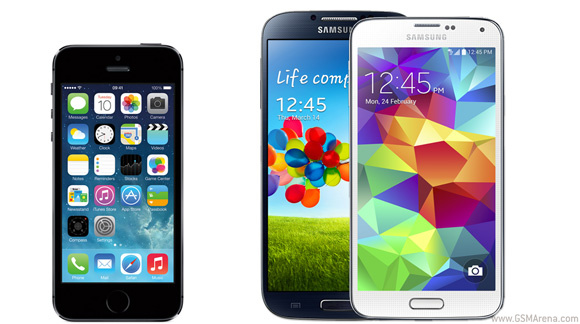 The rest of the top 20 include Sony, LG and, for the first time, Xiaomi with its best-selling Redmi. 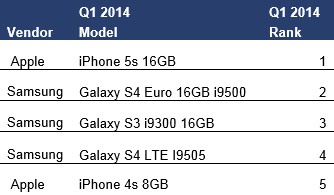 Huawei phones have dropped out of the first 20 spots as has HTC but are set to make a comeback in Q2 of this year thanks to device releases – the One (M8) in particular.