The next flagship offering from Meizu could be closer to its official announcement than previously thought. According to the company’s official Facebook page, August 18 is going to be a “splendid day” because of what Meizu will share then.

This could either be the announcement of Flyme OS 4.0, its interpretation of Android, or the MX4 itself – or both. Either way, we’ll find out in just two days. Moving on, the base model MX4 has had its price leaked in China because someone purportedly got their hands on some leaflets about the device. It’s due to cost CNY 2,499 with 16GB of storage, which is approximately $406 or €303.

This, however, is the variation that apparently won’t come with that 5.4-inch QHD screen, keep that in mind. The Pro model is surely going to be more expensive. 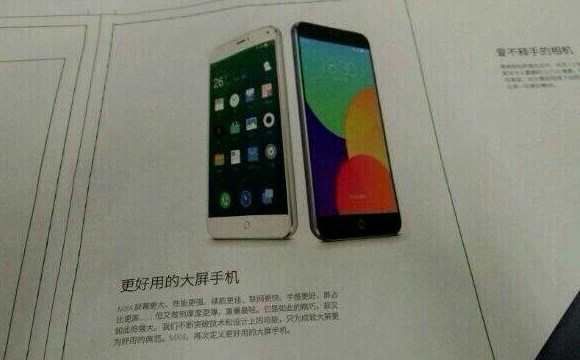 The phone will come with a 20.7 MP rear camera, that could in fact be the exact same unit used by Sony in its Xperia Z2.

As you can see from the image above, we should expect the MX4 to come in both black and white. It will have 4G LTE support (though probably only for Chinese networks), 3GB of RAM, and a powerful chipset from either MediaTek, Samsung, or Qualcomm. There may be SoC differences between the different MX4 variations that we’ll see.