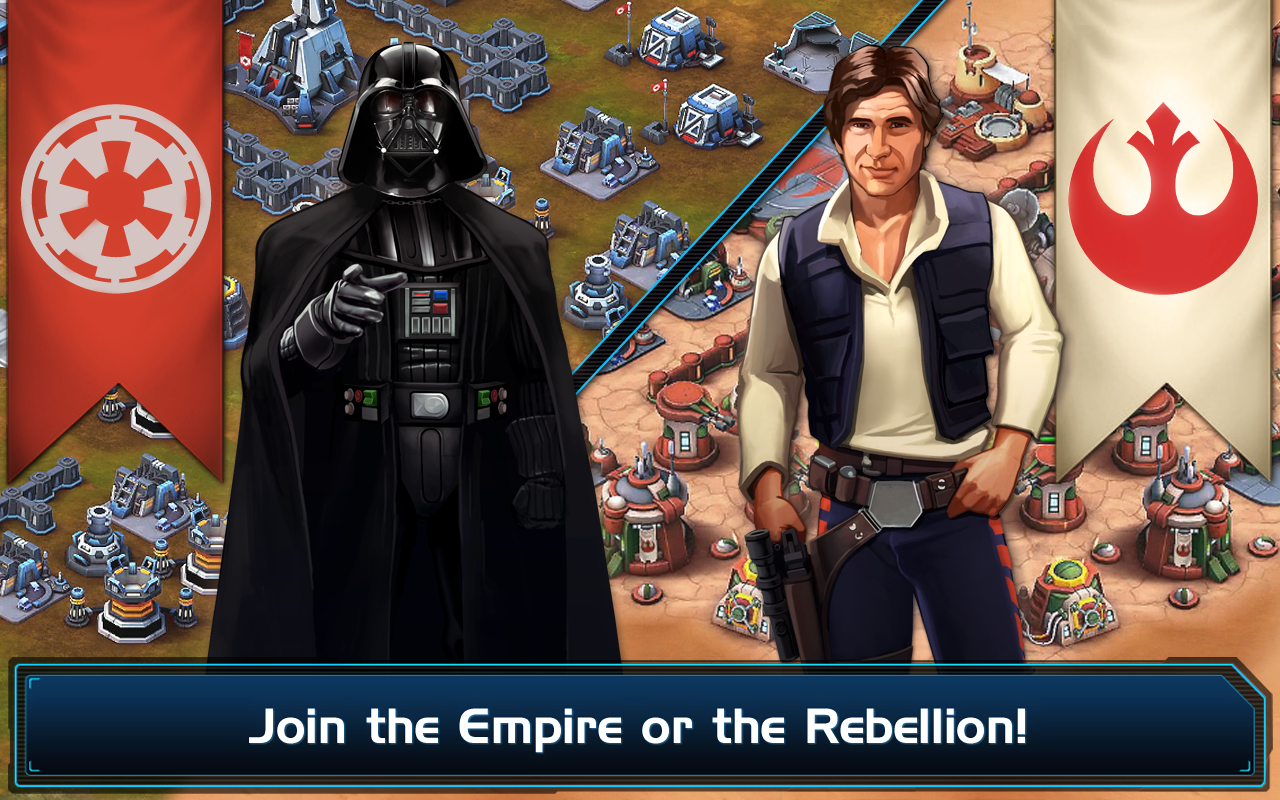 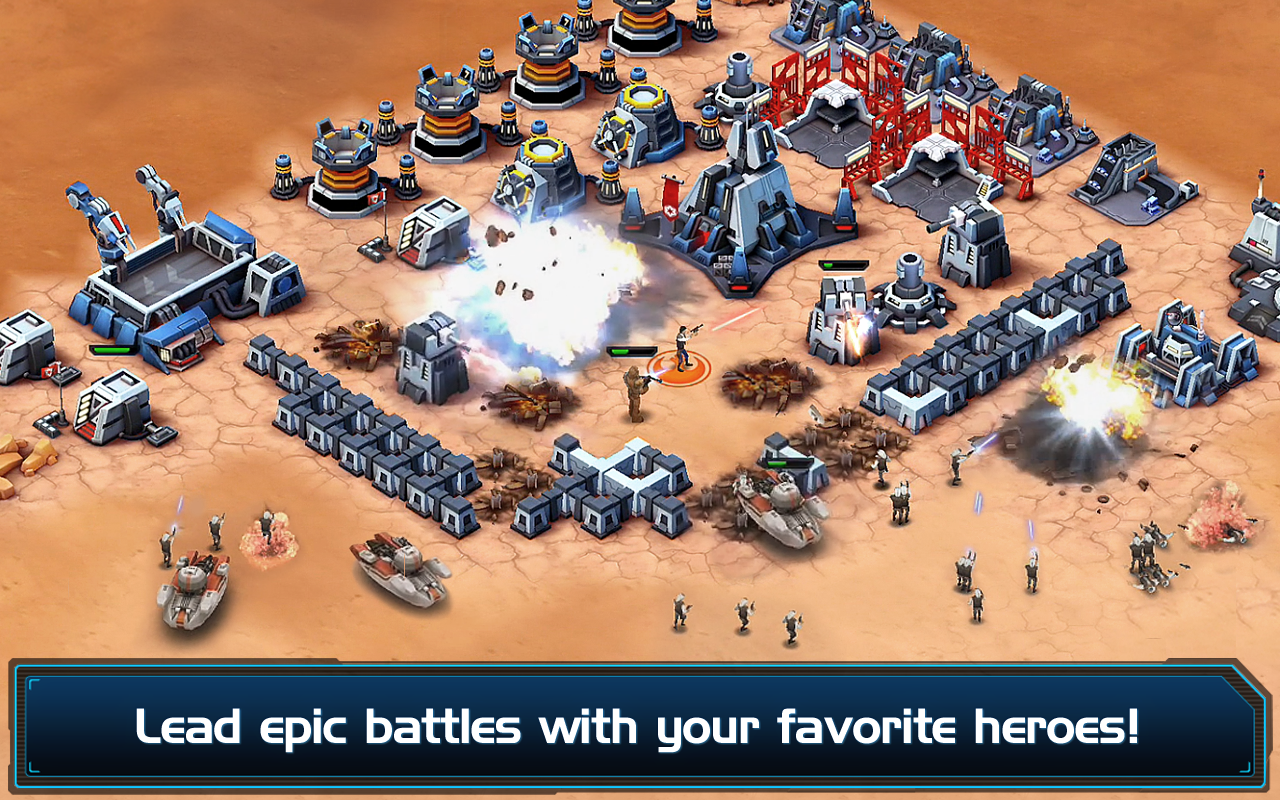 Charge into battle on distant planets, and lead your troops to victory in this action-packed, combat strategy game! Build a base, recruit an unstoppable force, and challenge players across the Star Wars universe in Star Wars™: Commander! During a time of Galactic Civil War, competing forces need allies for their cause. The Rebellion rallies for justice and freedom, while the Empire seeks control of the galaxy. Where does your allegiance lie? Will you side with the Empire’s strength and relentlessness, or the Rebellion’s heroism and resourcefulness? The choice is yours! Rise through the ranks as a powerful battlefield commander in this exciting game of strategy and competitive galactic combat! Features: - Choose your side: Will you command AT-ATs and Tie Fighters as the Empire? Or call on iconic heroes like Han Solo and Princess Leia as the Rebellion? - Build and defend your base: Train unique troops specific to each faction, and fortify your base with deflector shields, turrets, heavy artillery, and other defenses! - Lead epic battles: Strategically deploy powerful armies, units, and vehicles against enemies and players around the galaxy! - Form the ultimate Squad: Build strong alliances with friends and other players! - Travel to multiple planets and complete special missions: Play an all-new story as a valiant leader on the front lines of the Galactic Civil War. - Upgrade your strike team and its defenses: Strengthen your forces with multiple levels of upgrades for each unit! Invade enemy territory and establish an impenetrable base as you join the battle for dominance! Before you download this experience, please consider that this app contains social media links to connect with others, in-app purchases that cost real money, push notifications to let you know when we have exciting updates like new content, as well as advertising for The Walt Disney Family of Companies and some third parties. In-app purchases available from $4.99 to $99.99. What’s New New Features: -Lookout for a time-limited campaign, The Dandoran Conflict, and unlock special prizes! -Chapter 7 New Buildings and Upgrades: -New tier unlocked: Level 6 HQ and buildings -Rocket Turrets: Unlocked at HQ 5 New Rebel Units: -Leia -Heavy Trooper -Desert Skiff -Vanguard New Empire Units: -Heavy Stormtrooper -Probe Droid -Shocktrooper Bug Fixes: -TIE Bomber’s damage reduced -Fixed a bug where the Unit Transport was incorrectly displaying a 6 day upgrade time